Follow us to get all the news on Contemporary Art 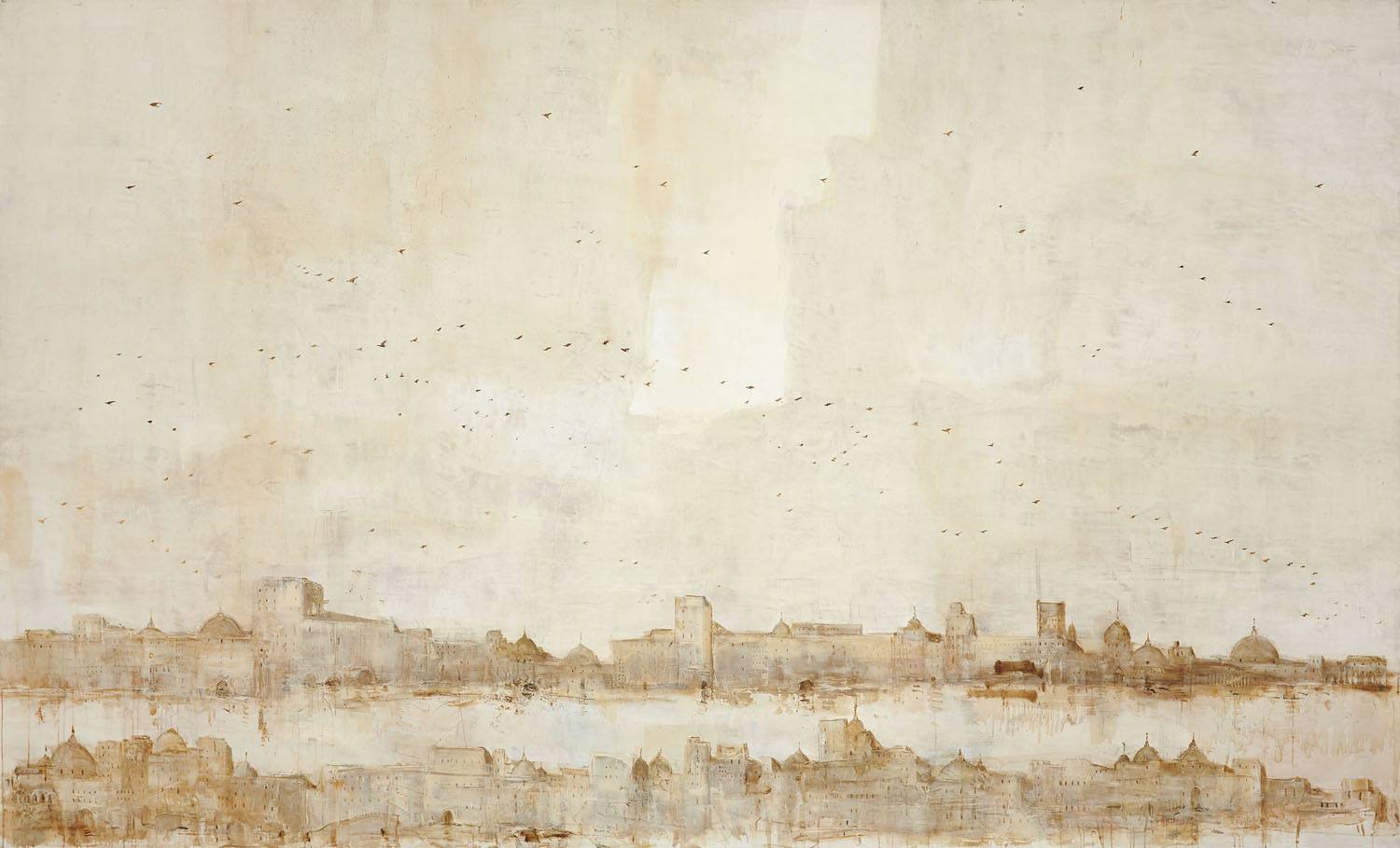 “Pizzi Cannella. Salon de Musique and Other Pictures” is the title of the Pizzi Cannella solo show at The State Hermitage Museum in St. Petersburg, which can be visited in the rooms of the Winter Palace until October 15th, curated by Danilo Eccher and Natalia Demina and organized in collaboration with Il Cigno GG Edizioni, the Museums of San Salvatore in Lauro and the Pizzi Cannella Archive.

The event is sponsored by the Italian General Consulate in Saint Petersburg. "It is the first time that a collection of works by the Roman artist is exhibited in Russia, -explains Natalia Demina. - The solo show is divided into two parts: the first consists of seven large works of about three meters for three, realized between 2016 and 2017, which represent a tribute by Pizzi Cannella to the city of St. Petersburg, the Hermitage and the Winter Palace. The second part of the show is composed of works made during a longer period of time.” This exhibition presents about thirty of his paintings, covering the evolution of the artist’s output. He started out creating abstract works but went on to change his style, often making use of mixed media, whilst continuing to paint on canvas. Occupying an important place in the exhibition are the series of pictures entitled Salon de musique – Music Salon, inspired by the chandeliers in the Hermitage. Pizzi Cannella’s other subjects include maps and images of barely visible towns and cities that seem almost spectral. They were inspired by both real and imaginary journeys. At the end of the exhibition the artist will donate five works to the Hermitage collection.